How To Prevent West Nile Virus And Other Mosquito Transmitted Diseases

How To Prevent West Nile Virus And Other Mosquito Transmitted Diseases 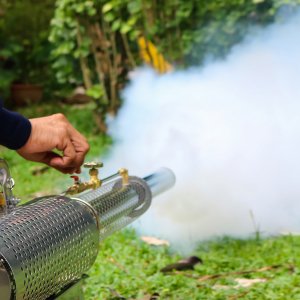 Is it Possible to Stop the West Nile Virus Transmitted by Mosquitos?

Those little insects buzzing around your porch or campsite are more than just annoying.  As science and technology have developed, there has been an increase in identification of mosquito diseases. Malaria, dengue, and yellow fever are unfortunately common mosquito transmitted diseases in parts of the developing world. While we don’t have to worry about these specific mosquito borne diseases in United States, we have recently become vulnerable to one of the most common mosquito bite diseases.  West Nile virus, one of many worldwide mosquito-borne illnesses, was first identified in the United States in 1999.  These West Nile mosquitos have made their presence known every summer since and has showed up in all 48 of the contiguous states.  What can you do to prevent West Nile and other mosquito bite diseases?  Keep reading for some information that will turn you into an expert on mosquito transmitted diseases.

Is West Nile Virus different from other mosquito borne diseases?

All mosquito diseases are different, but they do share some things in common.  Like all mosquito-borne illnesses, the virus is transmitted to humans through the bite of a mosquito.  West Nile mosquitos, however, first procure the disease after feeding on an infected bird.  Once a human is infected with West Nile virus, the disease can cause a very high fever, and inflammation of the brain and/or inflammation of the lining of the brain and spinal cord.  Thankfully between 70 – 80% of people that get West Nile virus do not develop any symptoms.

Who is most at risk for West Nile virus and other mosquito transmitted diseases?

As mentioned, the vast majority of people who are infected with the virus do not show any symptoms.  About twenty percent of those infected will develop less-severe symptoms such as a fever, body aches, vomiting, and diarrhea.  While lingering weakness will last for weeks, patients will almost always completely recover with this level of West Nile. The most severe symptoms brought on by West Nile mosquitoes affect less than one percent of those infected but lead to serious neurological issues.  It will take from many weeks to months to recover from severe West Nile virus and, even so, there may be permanent effects.  The most severe stages will lead to death in approximately ten percent of those infected.  While everyone can contract mosquito bite diseases, those over the age of sixty are more likely to experience the severe symptoms.  Preexisting medical conditions and ailments will also put someone at greater risk.

How can I prevent catching mosquito-borne illnesses?

While there is no current vaccination for West Nile virus, there are certain precautions you can take to prevent this infection and other mosquito borne diseases.  Naturally, the best way to do so is to prevent mosquitoes from biting you. Wearing insect repellent is one of the most popular defenses, but covering all of your skin during the dusk and dawn hours is equally as effective.  Making sure all of the screens on your house are secure will prevent insects from getting indoors, and getting rid of any standing water from around your home will reduce mosquito breeding and hatching grounds.  Our technology at SWAT Mosquito Systems has also proven time and again to be highly effective in eliminating these pesky insects from your house and surrounding property.

West Nile virus is not to be taken lightly, and the best way to keep you and your family safe is to reduce the contact you have with mosquitos. SWAT Mosquito Systemsprovides a safe, affordable, and guaranteed way to keep mosquitoes at bay. Contact us today to set up an appointment, and visit the following CDC and WHO websites for more information on this potentially deadly virus.