The list of mosquito-related diseases is long and scary. Some of the diseases you may have heard of include:

Each of these is a very serious mosquito-transmitted disease and can cause lifelong illness or even death. Among them, however, the three most common mosquito bite diseases are malaria, dengue, and West Nile Virus. 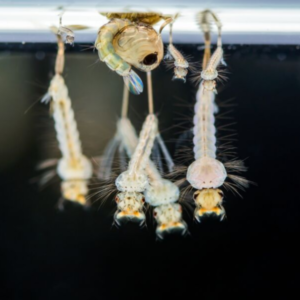 Malaria is said to have originated in Africa and is transmitted by anopheles mosquitoes.  The word “malaria” literally means bad air, because people thought the wind coming from swamps carried the disease.  There are records of malaria going back as far as 2700 B.C. by Chinese accounts. In other words, this disease has been plaguing human beings for thousands of years.

Malaria proliferates in warm tropical weather. Over one million people die yearly from malaria, and about 400 million cases get reported every year around the world. There is treatment available to combat malaria. Recent genome studies conducted in the U.S. and Britain may improve the fight against malaria in the coming years.

Dengue’s symptoms can include severe headaches or pain behind the eyes. Severe muscle or joint pain is common as well, as are high fevers, vomiting, and nausea. You could experience bleeding from the gums and nose as well as easy bruising. 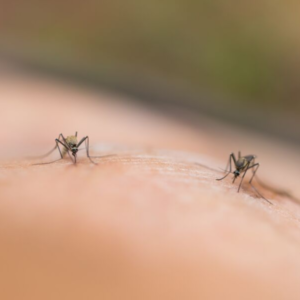 This virus is related to the St. Louis and Japanese encephalitis viruses, with an incubation period of five to 15 days. People affected by this tend to recover, though in some cases death can occur, especially in the older population. Symptoms usually include fever, body and headaches, swollen lymph nodes, and skin rash. Rarely do people become disoriented or sleepy, fall into comas, or have convulsions. Swelling of the brain may happen in some of the more extreme cases.  Out of the 50 states, 48 have reported West Nile fever. It has also been reported in Europe, Asia, the Middle East, and Africa.

Among your best options for keeping mosquitoes at bay is with a mosquito misting system. Call SWAT Mosquito Systems for a free estimate on an effective mosquito prevention solution at 1-866-900-SWAT (7928).