West Nile and Zika: Is the Threat Over?

West Nile and Zika: Is the Threat Over? 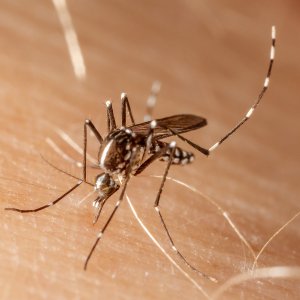 For most of the United States, peak mosquito season is over for now, but in South Florida, mosquito season never really ends. This is why you need to be prepared and stay vigilante year-round. The threat of mosquitos and no-see-ums is always there, along with the risk of getting infected by a disease-carrying mosquito. Here in South Florida, we’ve certainly had our share of battling potentially deadly infections – both West Nile virus and Zika. The question becomes: West Nile and Zika: Is the Threat Over?

SWAT Mosquito Systems has answers and how you can help protect yourself and your family.

West Nile Virus is the number one cause of mosquito-borne illnesses diseases in the United States. You can get the virus from the bite of a mosquito that has fed on an infected bird. Most people infected don’t have symptoms.

According to the Centers for Disease Control and Prevention (CDC), as of December 11, 2018, 49 states and the District of Columbia have reported West Nile virus infections in people, birds, or mosquitos. 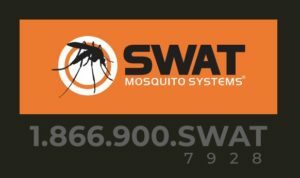 The Zika Virus, which is also mostly transmitted by mosquito bites from one person to another, arrived in the U.S. in 2016. Transmission of the disease was reported in Miami and Brownsville, TX.  Symptoms include rash, joint pain, fever, and redness in the whites of your eye. But like West Nile Virus, most people experience no symptoms at all. Is Zika Over? According to the CDC, 58 Zika virus disease cases have been reported in the U.S., 10 in Florida alone.

We all remember how West Nile and Zika dominated headlines a few years ago, in 2016. The summer of 2017 was pretty quiet with only five cases of West Nile virus being reported.  But action picked up this summer (2018), and as of last month, the state reported 19 cases. In the latest case, a mosquito in Miami tested positive for West Nile.

Protect Yourself and Your Family

There are a number of steps you can take towards preventing no-see-um and mosquito bites. You can also take preventative measures in your backyard. We highly recommend using mosquito control systems to fight these annoying biting insects. A mosquito misting system works best as a preventative approach to the spreading of mosquito and insect-borne diseases.

SWAT Mosquito Misting Systems create a mosquito prevention perimeter around your home via a custom-built misting system. You can set the system to activate three to four times a day for anywhere from 20 to 45 seconds. You will definably notice a difference. We guarantee it!

You can clearly see the difference when comparing it to mosquito fogging.

Call Us and Make an Appointment

So, to answer the question “West Nile and Zika: Is the Threat Over?”, our research says – no, far from it, which is why it’s crucial for you to do what you can, to protect yourself and your family. When looking for mosquito control, call SWAT, Florida’s best mosquito control system and make an appointment for a free consultation and estimate. Call us at 866-900-SWAT or schedule an appointment on our website. We look forward to working with you.