Why Autumn is the Best Time to Live in South Florida

Why Autumn is the Best Time to Live in South Florida 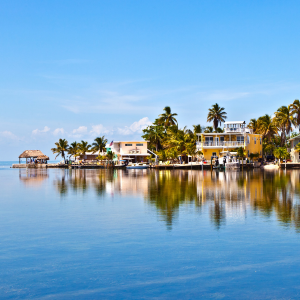 We Love Fall in South Florida!

While the snowbirds are waiting for winter to hit before making their trek to the Sunshine State, we locals know that they’re missing out by waiting until December to visit. Autumn is indubitably the best time to live in South Florida. We may not get to experience the changing of the leaves, the donning of coats, boots, and earmuffs, or the picking of crunchy ripe apples right off the branch – but in lieu of those traditional rites of Fall’s arrival, South Florida in autumn becomes a balmy paradise like someplace straight out of a movie scene. If you’re wondering why the country’s tropical playground loves autumn, read on for a countdown of the four reasons why autumn is the best time to live in South Florida.

The majority of South Florida visitors arrive during the early months of the year (2018 shattered previous records, welcoming 33.2 million tourists during the first quarter.) But autumn in South Florida offers a glorious respite from vacationers as summer ends and school rings back in session. This break from visitors gives locals a time to reclaim their usual haunts as South Florida hotspots such as Miami Beach, or Fort Lauderdale are less congested with tourists. Although South Florida never really slows down, autumn gives Miami, Broward, and Palm Beach residents a bit more breathing room (at least, until January comes around.)

We’re not sure who arranged for all these South Florida food festivals to line up in autumn, but we’re not complaining. September – November finds South Florida playing a host to a number of coveted food-related events. There’s the famous Miami Spice Month which runs from August to September, two seafood festivals (one in South Beach and another in Key Biscayne, both in October), a number of beer block parties like Wynwood’s Octoberfest or Coral Gables’ Grovetoberfest, and all sorts of delicious goings-on that only happen in South Florida during the Fall.

It is no secret that Florida is home to many of the best beaches in the country but what might surprise you is that the best time of year to visit them may not be during the summer.  September in South Florida marks the beginning of lower temperatures with seasonal highs in the mid to low eighties, decreasing chances of rain, and lower humidity levels.  This makes for delightful beachgoing weather with fewer worries of succumbing to heat stroke and more time spent enjoying the coast.

Florida is infamous for aggressive mosquitoes, in fact, two South Florida cities took the top spots in a national ranking of the cities with the worst mosquitoes. This distinction highlights an ongoing battle between local residents and bugs that our tropical climate doesn’t help. However, fall in South Florida means decreased rainfall, which does more than provide South Florida residents with fewer bad hair days. Lower likelihoods of precipitation give pesky mosquitos (and other biting insects like no-see-ums) fewer opportunities to breed. Additionally, some mosquito species go into hiding when colder temperatures ( 50°F) arise. Some will die off as temperatures being to cool, while others will go into hibernation – leaving a few glorious months of almost mosquito-free days.

Wish South Florida could be in autumn year-round? While you can’t prevent the temperatures from spiking or the tourists from visiting, you can control bugs and prevent them from biting year round. SWAT Mosquito Systems provides state-of-the-art mosquito misting systems to keep the biters at bay all year long.  Call them today at 1-866-900-SWAT 1-866-900-SWAT for a personalized consultation on how to keep mosquitos, no-see-ums, and other pests away from your family.